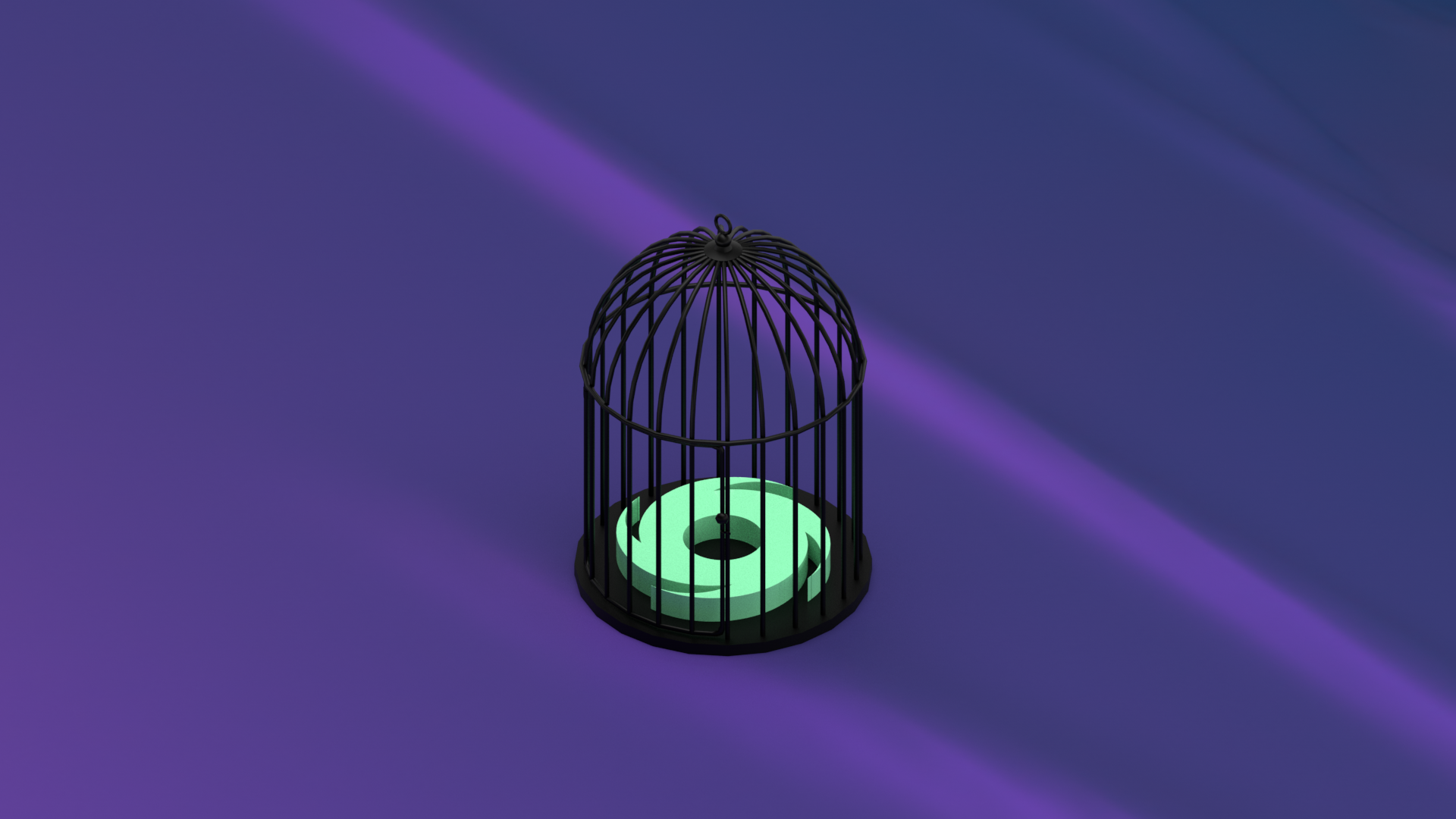 In our last blog post, we reported on the US OFAC agency’s sanctioning of Tornado Cash, which prohibits any person, company or entity in the US from transacting with a list of sanctioned addresses that have received funds from the popular mixing service.

The sudden announcement sent shockwaves through the crypto community, especially when Tornado developer Alex Pertsev was arrested by police in the Netherlands for his involvement with Tornado.

A week on, developers, entrepreneurs, traders and analysts have begun to digest the far-reaching consequences of the sanctions – and the outlook for DeFi, and for Ethereum in particular, in the weeks leading up to the Merge, is a complicated picture.

The cryptocurrency policy non-profit Coin Center has announced in a lengthy analysis of the situation that they are likely to explore a court challenge to the idea that an immutable smart contract written to a public blockchain can be sanctioned in the same way as a person or a company.

Jerry Brito and Peter Van Valkenburgh write: “If the purpose of sanctions is not to punish, but to change behavior, then it makes no sense to add to the SDN List an immutable smart contract that cannot change its behavior because it has no agency. It is not a person nor is it under the control of any person.”

Meanwhile, the idea that developers can be punished – especially retrospectively – for writing open-source code has raised alarm in the tech community.

One protest over Alexey Pertsev’s arrest has already happened in Amsterdam, and a further one is apparently planned for London. A Telegram group to discuss the situation features the well known DeFi personalities Banteg (Yearn Finance) and Stani Kulechov (Aave).

There is considerable disquiet within the Ethereum community and beyond that such a draconian interpretation of the law could panic DeFi ecosystem participants into heavily censoring transactions in a way that is contrary to the spirit of decentralization.

Even worse, there are concerns that the integrity of Ethereum itself may be at stake.

Next month, a key event in the history of Ethereum will take place – something that was already causing plenty of controversy, even without the Tornado Cash sanctions.

Currently, the Ethereum network is maintained by miners, who reach consensus via a proof of work algorithm in the same way as Bitcoin. Mining computers with specialist chips are required, and the process is very energy-intensive.

While much of the power used for crypto mining is renewable, and indeed much of it is generated in places from where it would not be straightforward to consume it for other purposes, the climate change lobby has long raised concerns about digital assets’ carbon footprint.

As part of Ethereum’s long-planned move to proof-of-stake consensus and away from mining, the so-called Beacon chain launched in December 2020 and has been running in parallel with the existing blockchain.

Many miners are unhappy that after the Beacon chain becomes the main Ethereum network next month, their specialist equipment will become redundant, causing huge financial losses. There has even been talk of maintaining a fork of Ethereum running on the old proof-of-work network.

How proof of stake works

While proof of work operates on the principle that mining nodes reach consensus on the blocks they produce by spending energy to solve a complicated puzzle, proof of stake instead relies on incentivizing validator nodes to produce honest transaction blocks and reach consensus by requiring them to stake Ether, which they stand to lose if they are dishonest.

Ether is staked at 32 Ether per node on the Beacon chain. In many cases, exchanges and savings protocols stake on behalf of users who do not have 32 Ether to stake, but who still want to receive a proportion of validator rewards.

Critics of proof of stake argue that it tends to centralize power in the hands of those who already control the network.

Many DeFi protocols and related projects have accepted that they have little choice other than to comply with the sanctions, despite the wider community accusing them of cowardice and capitulation.

While more technical traders may be able to interact directly with smart contracts, the reality is that most people will use the web-based user interface to add liquidity to DEXs or to use lending protocols. Hence we have seen the likes of dYdX and Uniswap join the centralized exchanges who have already enforced a policy of not interacting with the sanctioned Tornado Cash-tainted accounts.

While these third-party entities are free to do what they want, the new problem at the forefront of everyone’s minds is the risk that Ethereum’s proof of stake validators will choose to censor certain transactions (those that relate to Tornado Cash or any future contracts that are sanctioned) and that Ethereum will lose its status as a decentralized, censorship-proof payments network.

One of the problems facing the community is the degree of centralization on the Beacon chain, with more than half of all active validators operated by centralized entities. Coinbase alone, for example, has more than 14 per cent of validators.

While Coinbase co-founder Brian Armstrong has since stated publicly that he would rather shut down the company’s Ethereum staking service than comply with a government order to censor sanctioned transactions, the fear remains that other validators will simply comply – or else existing validators will be driven off the network.

There was a suggestion on Ethereum’s All Core Developers call on August 18 that developers might write some custom software to punish censoring validators by slashing their stake. While other developers agreed with the principle, there has been no decision so far to go ahead with this idea – and time is running out to implement it.

Vitalik Buterin, creator of Ethereum, is among many people pointing out that there are plenty of reasons someone might want or need to use a privacy service other than criminal activity. Buterin said that he had used Tornado to obscure donations he made to the Ukrainian relief effort, which he had not wanted the Russian government to be able to track.

Other reasons might be personal safety – not wanting to become a target in real life by allowing potential thieves to figure out how much you have in your wallet – or commercial reasons such as investments, mergers and acquisitions.

In general, privacy protocols are an interesting area, especially those that are working on zero-knowledge proofs to show that they are compliant with particular rules and regulations without giving away the precise details of the transaction.

What does Vitalik say?

When it comes to important technical and ethical decisions facing Ethereum, most people want to listen to Vitalik Buterin. Buterin has made the point that as long as a certain number of nodes do not censor transactions, the network will be resilient and continue to work as planned because all transactions will eventually be included, even if it takes longer to find nodes that will validate them.

Other opinion-makers, such as Lane Rettig, disagree. Rettig points out that in this case, as the number of validators willing to pick up these “dark market” transactions drops, confirmation times will rise, and so will fees  – which is a type of censorship in itself.

It is hard to predict exactly what will happen regarding censorship, both before and after the Merge. We are still seeing the effects of the announcement unwinding in dramatic fashion: for example, the influential MakerDAO project, whose stablecoin DAI underpins the whole DeFi ecosystem has a community which is considering all possible options.

Maker’s exposure to the centralized USDC stablecoin, which is used for collateral, and which is being censored, is already making people nervous.

MakerDAO founder Rune Christensen even said in Discord: “If we get nuked by the US government, we simply die,” in the context of Maker’s contingency plans to execute an emergency shutdown.

Many in the crypto community were shocked by his stark words – but right now, all bets are off the table, and we will have to wait for some months or weeks before we realise the full impact of the Tornado Cash sanctions and their after-effects.