How to navigate the bear market and look to the future 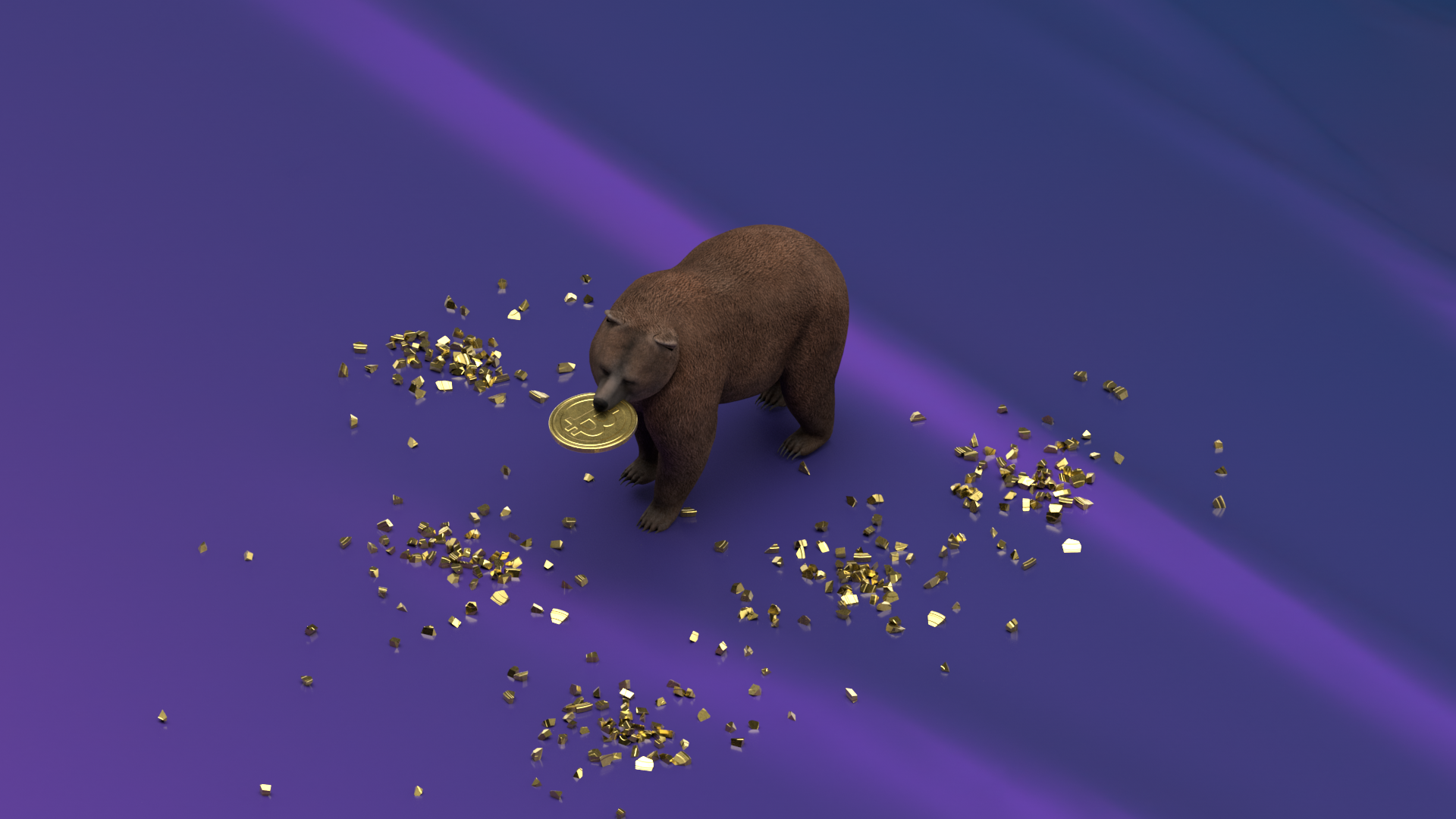 Some recent negative events have hit the market hard. But the projects that matter are building for the long term.

This time last year, the digital assets market was buoyant. The price of Bitcoin and Ethereum were both rising, and Bitcoin would eventually hit an all-time high of $57,567 in November 2021, pulling the collective crypto market capitalization up to more than $3 trillion.

Today, with Bitcoin temporarily dipping to below $20,000 and Ethereum toying with the $1,000 threshold, the crypto markets can feel like a grim place for traders and investors. Anyone who bought and held crypto in the last six to nine months has lost money in fiat terms, and many traders using leverage or relying on yield from one of the collapsed DeFi savings protocols have been totally wiped out.

The sentiment is the worst for at least four years, and the influx of venture capital that poured into new projects after 2020’s DeFi summer has all but dried up.

It is not just DeFi protocols and token prices that are suffering. The NFT market may have drawn in an entirely new audience, but anyone who followed in the footsteps of celebrities and bought Bored Apes [Snoop Dogg], World of Women [Reese Witherspoon] or CryptoPunks [Heidi Klum] has also lost out, with the floor price of Bored Apes falling from a high of $429,000 to less than $100,000.

Degens who have been through volatile markets before may take these fluctuations in their stride, but for creators and inexperienced investors, this volatility has come as an unwelcome and frightening surprise.

Some of the price falls reflect a general slide in the prices of all assets, such as stocks, whereas others have been caused by specific events and vulnerabilities in a succession of protocols and funds. Let’s look at some of the key events that have helped drive prices down.

Anyone with exposure to the DeFi ecosystem is used to the seemingly endless list of hacks and exploits that plague the sector. However, the most disastrous events that have happened over the last couple of months have actually not been caused by hacks, but by protocols that were simply not battle-tested for extreme market conditions, such as the dramatic price fall in Ethereum within a very short time.

In a post three weeks ago, we described the sudden collapse of the entire Terra ecosystem, beginning with the depegging of the UST stablecoin and ending with the virtual annihilation of the associated LUNA token.

The Terra collapse hit investor confidence badly and rumours soon started swirling over who would be the next victim. The composable nature of DeFi – normally something that is touted as a benefit – means that market contagion soon spreads if there is as much of a hint of insolvency.

Celsius is not a decentralized protocol, but an organization that is more like a bank that leverages different DeFi instruments on behalf of the customers who deposit funds with it. On June 13, they announced that they were freezing all withdrawals amid rumours of insolvency.

This is a big deal because Celsius has more than $12 billion in assets under management, and more than $8 billion lent out to clients. According to Coindesk, many of those who had assets deposited with Celsius stand to lose everything, including their houses. At the time of writing, withdrawals have been paused for 11 days, but there is still hope that a full-blown crisis may be averted, with some insiders claiming that Celsius is illiquid rather than actually insolvent.

Separately, centralized lending platform BlockFi has received an injection of cash from the FTX exchange after further rumours spread about its own position.

And to compound DeFi investors’ woes, popular Dubai-based crypto fund Three Arrows Capital is facing possible insolvency after being liquidated to the tune of more than $400 million, further shaking confidence.

Amidst all this bad news, it can sometimes be difficult to see the light at the end of the tunnel. Nothing in this post should be construed as financial advice, but a general principle of previous crypto downturns is that while these losses can be catastrophic for individuals, lessons are learned and unsustainable claims and promises are curbed.

No one can downplay the financial and human misery that has been inflicted on DeFi enthusiasts over the last months, but it is also important to remember that the infrastructure is still there, and new projects will be able to build on this and thrive in the future, albeit under heavier regulatory scrutiny than there has been to date.

The most important lesson to learn is that decentralized finance needs to remain exactly that: decentralized. The growing dependency on centralized companies that recreate the single points of failure that contributed to the 2008/9 financial crisis is a risk that needs to be recognised and averted.

Building for the future

As we learn lessons from the past and prepare to build the future, remaining informed and in full control of your portfolio is crucial – and that is why it is important to have reliable and great tools – such as Skytale.

With data aggregated from an extensive and expanding list of supported networks and protocols, Skytale enables anyone to make more informed decisions about their investments and to be alerted of potential scams in the DeFi and NFT space.

Try out Skytale’s core analytics and accounting features for free on: https://web.skytale.finance/welcome